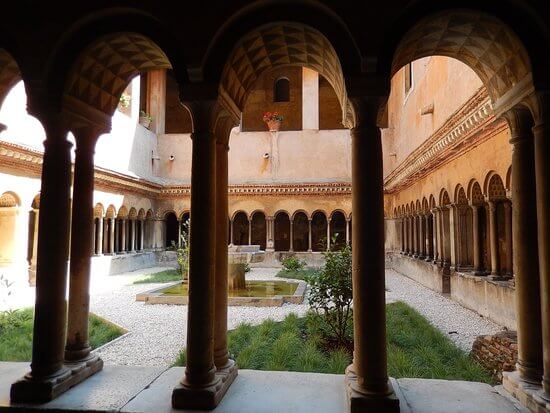 When people visit Rome nearly all go to see the Colosseum not realizing that there are many other famous and important places nearby to be seen, time permitting. For example, a beautiful church called the Santissimi Quattro Coronati or (in English).

The Holy Four Crowned Martyrs, built in the year 498 on a site which, at one time, was very important for Christianity. The story behind the origins of this church is fascinating and, therefore we recommend you check it out on the internet, we will just mention two little curiosities which you won’t find either on the internet or in books! 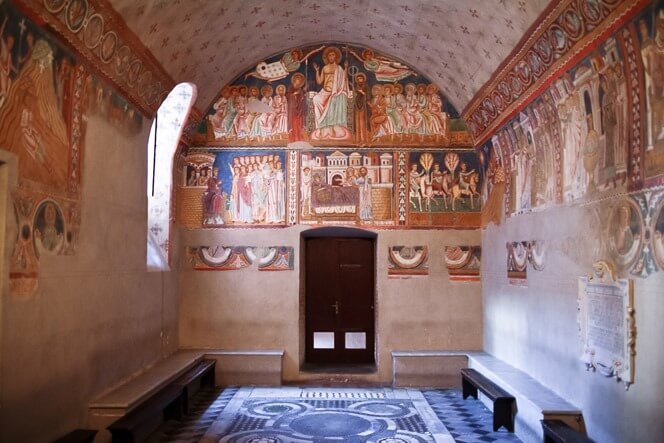 Before entering the church, on the left hand wall you can see the revolving wheel, this was where mothers could leave their unwanted babies to avoid having to abandon them on the street, the baby was placed on the wheel, the mother would ring the bell and leave, soon the wheel would begin to turn and the part with the baby would go inside where the nuns would be waiting to welcome him into the orphanage.

Once you are inside the church look at the overwhelming frescoes on the apse, look carefully, better with a binocular: the angels crowning the martyrs are female! We are used to seeing cute little angels with their masculine properties but never female angels. I think this is the only existing example of its kind.